“Into The Digital World”

Join us online for GCoDTIS 2021

The 1st  Global Conference on Digital Technology and Information Systems (GCoDTIS) 2021 Held in partnership with the LLDIKTI Region II, APTISI Region II, and IIB Darmajaya, this conference encourages scholars, researchers, students and stakeholders to share their thought, knowledge and view about advanced technology which stimulates innovation. The refereed conference has been dedicated to the advancement to the theory and practices in Information Systems. Prospective author are encouraged to submit papers for evaluation by the Scientific Committee. Selected papers have chance to publish in our affiliated journals.

Scope
We call for research papers work in any branch of technology and information systems, which includes:

We look forward to seeing you online! 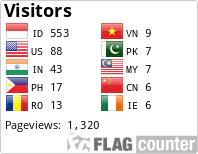 He taught various undergraduate and postgraduate courses in the areas of computer science and information systems at Edith Cowan University, Monash University and University of Canberra before joining the University of Canberra. Besides teaching, he has been actively pursuing research related to neural networks, fuzzy logic, evolutionary computing, optimization, data analytics, modelling of complex adaptive systems, decision support systems and data security and privacy and their applications in industrial, financial and business problems which involve real time data processing, planning and decision making. His current research also concentrates on the application of computational intelligence techniques for learning and adaptation of intelligent agents and web-based information filtering and data mining.

He has chaired fourteen international conferences on computational intelligence, intelligent agents and software engineering. Associate Professor Masoud Mohammadian has twenty-eight years of academic experience and he has served as program committee member and/or co-chair of a large number of national and international conferences. He was the chair of IEEE ACT Section and he was the recipient of awards from IEEE from USA and Ministry of Commerce from Austria and several awards for his academic services in Australia.

He has received many national and international awards from Australia, Austria and United Sate of America. He has received an honorary professorship from Amity University in Indian in 2018.

He is a member of editorial board and review board of several international journals.

He has delivered many invited/key notes talks at International & National Conferences/ Workshops/Seminars in India & abroad. He has published more than 150 papers in peer reviewed international/national journals and conferences. He has also published number of book chapters in reputed publications like Springer Berlin Heidelberg. He has reviewed no. of books for publications like Tata McGraw-Hill, Galgotias Publications etc. and papers in journals of international repute.  He is an active member of advisory/technical program committee of reputed International/National conferences & reviewer of number of reputed Journals e.g. Springer, Elsevier Journal Computers & Electrical Engineering. His research interest includes Computer Graphics, Algorithm, Distributed Computing and Wireless and Sensor networking. He has successfully completed number of government funded projects. He has spearheaded Ist IEEE International Conference on Computing, Communication & Automation, May 15-16, 2015 (www.iccca2015.com), 2nd IEEE International Conference on Computing, Communication & Automation, April 29-30, 2016 (www.iccca2016.com), 3rd IEEE International Conference on Computing, Communication & Automation, May 5-6, 2017 (www.iccca.in).